Organizational culture is an increasingly important focus for multiple reasons: financial impact, employee morale, reputation – to name a few. And it’s increasingly important to a widening range of stakeholders. Yet many companies lack intentional plans to address the elements that contribute to culture. In a recent survey by Navex Global, only 39 percent of respondents rated culture as “absolutely essential” versus 66 percent who gave the same rating to regulatory compliance. 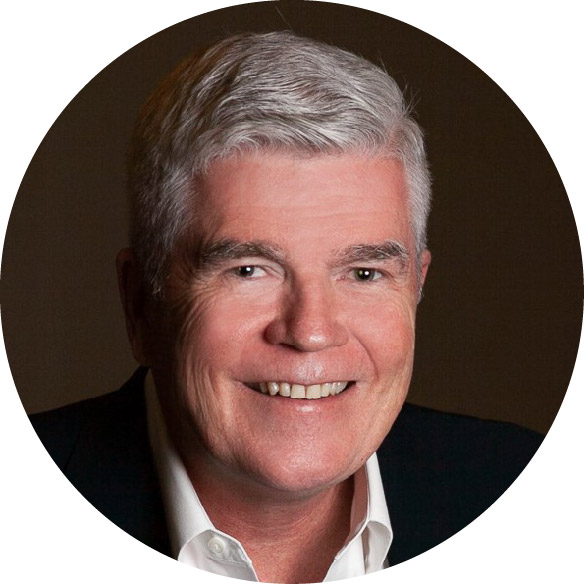 This intertwined nature of compliance and culture is important to highlight. A Navex Global study in 2022 found that although organizational culture is likely the strongest driver of behaviors, only 45 percent of its corporate respondents use measures of their organization’s culture to review, test and improve their compliance programs. While potentially subjective, culture is an important risk factor to consider in measuring compliance program effectiveness.

In terms of financial impact, cultures that support a strong focus on compliance and ethics have shown to have significant quantitative benefits, including:

In a divisive and polarized society where trust is scarce, key stakeholder expectations are increasing and focus on a number of dimensions. Meeting these expectations leads to additional benefits that are sometimes more qualitative but are also likely to contribute to the quantitative benefits mentioned above. Some of these increased expectations are actually becoming minimum requirements for business relationships and are no longer just “nice to have.” These include:

The ethical components of culture are often undervalued despite these quantitative and qualitative benefits. We frequently fail to see it as applicable to us or to our organization. Studies show that we have what might be called a “Rose-colored Glasses Syndrome” where 99 percent of managers would say, “There are no integrity issues within our organization.” But when the employees of that organization are surveyed, somewhere in the range of 50 percent to 60 percent of employees will say that they’ve observed an incident where there’s been a lapse of integrity. We have this very strong mismatch when the tendency is to think “Oh yeah, there are problems, but they’re not problems in my department, or my organization.”

Who Needs to be Involved in Building Culture

It’s important to address all levels of the organization in building an intentional culture: the board, senior leadership, middle management and front-line workers. Modeling integrity and supporting a “speak-up” culture are important considerations at each level. Every layer of the organization needs to consistently engage in defining and executing on cultural goals.

At the highest levels of the organization there’s the “Tone at the Top” that’s set by the board of directors and the senior leadership. There’s also the “Tone in the Middle” set by supervisors and middle managers throughout the organization. And then there’s what some call the “Tone on the Front Line,” that addresses peer-to-peer reactions to asking questions or raising an issue. All three levels of an organization have to be consistent and working towards a culture that encourages people to speak up, without having to fear retaliation from management or peers.

The board of directors and senior leadership have the most visible position for modelling values of integrity, fairness and respect and for signaling the importance of culture. They also have the ability to recruit with focus on integrity. Do you incorporate questions addressing ethics and integrity in your board and chief executive interviews?

We mentioned earlier that awareness is the first step in taking culture seriously. A recent survey found that just 35 percent of board directors understood the “Tone in the Middle” (the workplace culture of middle and first-level managers, which is a vital link for communications in an organization). And it found that only 18 percent of directors had a good idea of the pulse on the front lines of their organizations.

The “Tone in the Middle” is set by supervisors. Their accessibility and competency in dealing with employee concerns sets the tone for what is acceptable in an organization. Are they encouraging employees to report activity or behavior that they think may be inappropriate? Do they have the confidence and expertise to handle the issues that may come forward?

Developing such competency is closely linked with building trust and a two-way process for providing feedback. These skills can be honed by role-playing scenarios of issues raised by employees, acknowledging actual situations that do arise, and training to identify signs of issues “below the surface.” Supervisors need to also be aware of how their own modelling either reinforces or sabotages desired behaviors.

The “Tone on the Frontline” is largely a function of peer pressure/support. An emphasis on the importance of values and speaking up should start during the onboarding process. It needs to be reinforced on an ongoing basis through training, performance appraisals and daily feedback. All staff should also be familiar and comfortable with formal channels that are in place for raising concerns, which is typically some combination of hotlines, supervisor interaction or designated contacts in HR, Compliance or Legal functions. Their comfort increases as they not only know where and how to report concerns, but also what to expect will happen when they do.

As an organization focuses attention on culture, there are several typical phases: awareness, resistance and acceptance. The awareness phase involves defining the importance of the desired culture and values, and the measures that will be used to assess progress. As mentioned earlier, organizations need to overcome the tendency to assume that they are immune from ethical issues. This is where assessments can help identify priority areas unique to your specific organization.

Change will inevitably trigger some resistance. It’s important to acknowledge concerns openly while recognizing and rewarding desired changes. Using support for culture and ethics as an element in performance evaluations, and recognizing examples of “moral courage,” such as maintaining values over personal or organization financial benefit, can go a long way in supporting a change in culture.

With time, change will be accepted and become the cultural norm of the organization. However, culture isn’t static – it will evolve over time with new external pressures, and inevitable changes in leadership and staff. Again, this is where ongoing assessment can play a key role in assuring that culture is on a positive trajectory.

The Next Step Is Yours

Hopefully, this article has piqued your curiosity about culture and the role it is increasingly playing in creating a strategic difference in organizational success. You may want to start a conversation in your organization about this topic.

Bill Musick specializes in working with chief executives and boards of directors to achieve new levels of effectiveness in the governance of hospice organizations.

In his Spring 2018 article in Engage Magazine, Institute on Aging’s Dr. Patrick Arbore described social isolation as a public health problem with damages compared in scale to cigarette smoking. With COVID-19 keeping seniors indoors and primarily homebound during stay-at-home, some older adults may be more impacted by the negative physical and emotional health effects Read More…

Beyond Resilience: Thriving through the Long Haul

by SIMON J. K. FOX, EXECUTIVE DIRECTOR, ADVENTURES IN CARING FOUNDATION, ADVENTURESINCARING.COM At an Olympic level, what separates the greatest marathon runners from the others is not their physical ability but their self-awareness. When they hit the wall after about 20 miles, unlike most runners, they don’t try to shut out the pain, grit their Read More…

A Message on Diversity, Equity & Inclusion

By Donna Murphy, Resident Services Manager, HumanGood; Chair, LeadingAge California Equity Cabinet Having spent over two decades in the aging services industry, I strongly believe there is no better time than the present to ensure that our field has diversity and inclusion, in all areas, be it on our boards or amongst our staff. So Read More…